What are autogenerated code lists?

You can integrate with either Shopify or WooCommerce to automatically generate codes connected to your store. You may also let Coupon Carrier generate unique codes for you per request. With Shopify and WooCommerce integration, one major benefit is that you can specify a relative expiry date of the discount. So when someone receives a code you know that it will only be valid for as long as you specify. When you let Coupon Carrier generate codes on the fly you may optionally set a maximum amount of codes to generate. When all the codes have been generated the list will behave as if it has run out of codes.

Autogenerated code lists will only generate a code when it is requested. Shopify's API has a request limit of 2 per second so if you now that you'll be receiving a lot of code requests in a short burst it is recommended that you pre-generate codes instead

Here's how to set it up. Choose to create a new Autogenerated list in your code email or redeem link configuration:

Once created you can configure the list, based on which integration is selected: 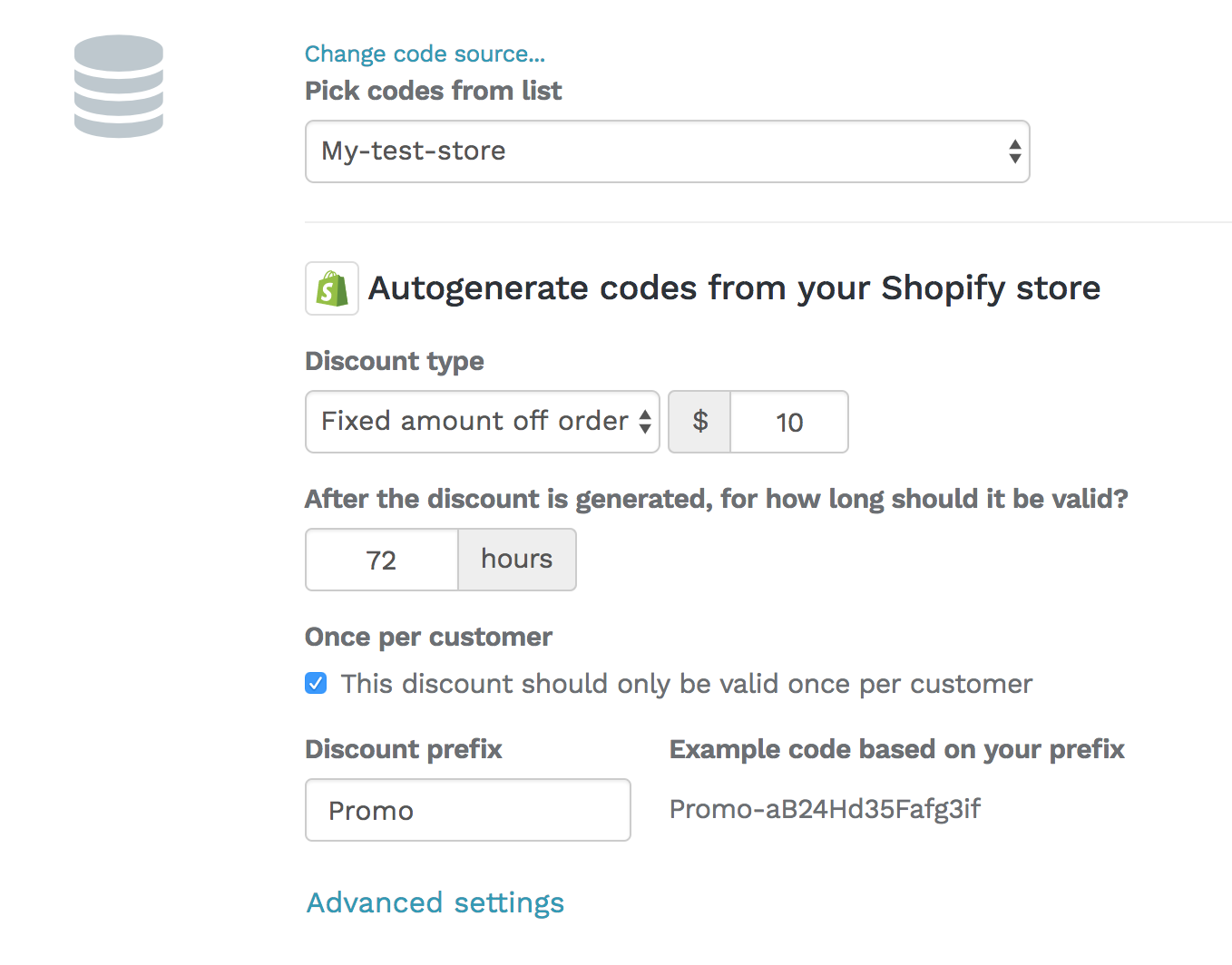 Shopify and WooCommerce is similar in setting up and exposes discount type, expiration date and if the code is valid more than once per customer and an optional prefix for every discount 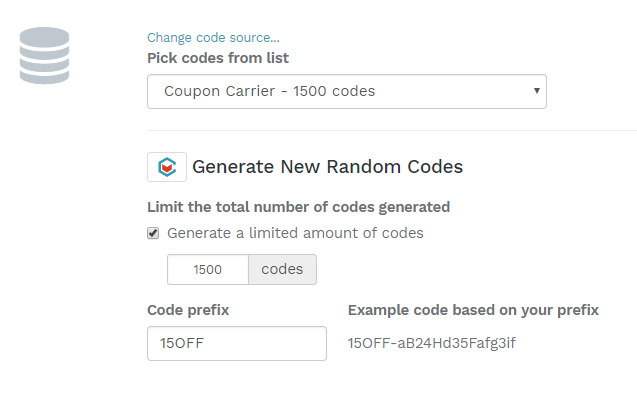